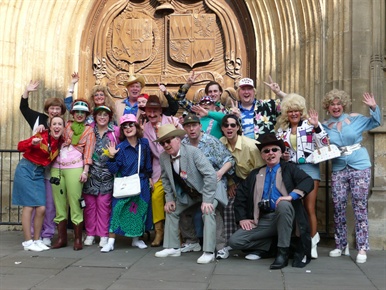 Now in its fifth year, Bath Comedy Festival 2013 boasts the biggest line-up yet, with more shows and more performers taking part than ever before.

Director Nick Steel said: “This is going to be another great year! Now, I’ve nothing against stadium type shows, but what makes this Festival special is its unique events and the ability to deliver the intimate experience of quality performances in small to medium sized venues, and I’ve tried hard to programme the core events as much as possible along these lines.

“There has been an encouraging amount of applications to take part and more shows are still being submitted. A bigger variety of venues are being used this year, some of which have never been used for comedy before.”

Headliners this year include festival stalwart, veteran performer and broadcaster Arthur Smith who will be hosting one of the biggest shows of the Festival at Bath Rugby Clubhouse, and German Comedy Ambassador Henning Wehn is back with a brand new show.