There is so much to do and see! 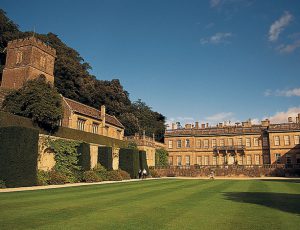 Great Ashley Farm is located in an ideal area. With so many places and attractions to visit in the area it will make you reluctant to leave but keen to return. We think we have a bit of everything the West of England has to offer right on our doorstep, so you never run out of things to do and see…

Bradford-on-Avon is just 5 minutes away and is packed with restaurants, cafes, excellent antique shops, the 7th Century Saxon church, the Tithe Barn, Kennet and Avon canal, to mention a few. Why not learn a little of the town’s history in the museum?

The UNESCO World Heritage site of Bath is a few short miles away, and we’re sure you’ll want to explore The Roman Baths, Thermae Spa, The Royal Cresent, The Circus, Bath Abbey, or Beckford’s Tower. Architecture not your thing? How about a picnic in one of the many parks? Watch Bath Rugby play at the recreation ground, right in the heart of the city! You won’t find yourself short of places to eat, drink or shop either…If you run out of inspiration on Bath’s elegant Georgian streets, why not visit the Neolithic sites of Avebury, Stonehenge or Cheddar Caves?

Soak up the atmosphere in the many National Trust houses and gardens that are so close to Great Ashley Farm… A National Trust members paradise with The Courts, Holt, Great Chalfield Manor and Westwood Manor in our neighbouring villages, not to mention Lacock with it’s Abbey and Fox Talbot Photography museum,  the beautiful quintessential English Village famed for the filming of Jane Austen’s well known novels, ‘Emma’ and ‘Pride and Prejudice’. The Cranford Chronicles & the interior sequences of Harry Potter and the Chamber of Secrets were filmed at Lacock.  The breath taking Stourhead isn’t too far either!  Of course there are miles of footpaths, bridleways and country lanes to explore just out of the front door. Plenty of pubs and restaurants to! Within 5 minutes drive you can have quality English, Italian, Thai, Chinese or Indian cuisine.

We have many parents and visitors of students attending The University of Bath stay with us.  We are perfectly located for the campus.

Just some of the many events and things to do taking place in and around Wiltshire.

Wiltshire is a county with incredible variety, with so much to see and do for all age groups, that you will need to return time and time again.

Follow the self-led trail to see the beautifully decorated trees from local groups.

Prepare to be scared as you discover the legends of old haunted Corsham. Tickets must be purchased in advance and are available from Corsham Area Heritage and Information Centre.

Welcome in 2013 with a walk around the ancient monuments of the Stonehenge Landscape. Booking is essential.

London Calling is an affectionate celebration of the city in all its guises. From the stillness of dawn, to the excesses of its nightlife – the sights and sounds, style and romance – all told through words and music.

Bringing the classic story to life!’ Drive, drive as fast as you can, you can’t catch me, I’m the Gingerbread Man’.

A brilliant festival for stimulating debate and fascinating authors insights.

Walk with an archaeologist: The Stonehenge Landscape

Join Neolithic expert and National Trust archaeologist Dr. Nick Snashall on this half day exploration of the Stonehenge landscape and find out about the latest exciting discoveries.

A two lap, 13.1 mile course through stunning surroundings in the heart of Bath.

A ranger-led wildlife walks on the downs at Stonehenge to look for spring wildlife such as Hares. Join the ranger for this morning
From: 23 Mar 2014

This is a fabulous night out not to be missed. Join in the great atmosphere of the German beer fest.

A colourful, vibrant, inclusive and dedicated mix of comedy

The annual Canoe Race from Devizes to Westminster. This event takes place over the Easter weekend, starting in Devizes on Good Friday.

Head to Gurston Down for their 300th  annual speed event.

A thrilling afternoon of racing fun for the whole family set in beautiful countryside.

A dynamic mix of world-class performances taking place throughout the city.

The festival produces one of the most exciting programmes boasting well over 200 individual events. Whether you are a seasoned dancer or a novice at the Ceilidh, a singer or just a listener, an expert or just beginner we will have something for you

The 2013 Festival programme was inspired by the themes of Brazilian culture, fire and celebration. Classical and world music share the limelight with international theatre, dance, film, visual arts and outdoor events.

In Swindon, during the first fortnight of May, let’s celebrate things well thought, well written, and well said!

Devizes hosts its annual food and drink festival. For a full programme of events will be announced soon. Please visit website for more details.

A fun day out for the whole family this June featuring some of the country’s finest livestock, farming demonstrations, local produce and much more.

Castle Combe Cycling Festival is set to be one of the most exciting events in the 2014 calendar. From Youth Racing and Family Cycling around the circuit to arena events, stunt cycling and a trade village.

A selection of Wadworth and guest ales, ciders and perrys.
Live entertainment form Train to Skaville and Purple Fish.

The festival has a diverse and exciting range of arts events, with something on offer for all tastes and all ages.

The event takes place near Frome in Somerset with an array of trade stands, a dressage demonstration, plenty of action over the fixed fences and show jumping in the main arena on the final day attracts a wealth of visitors

Managed access to the World Heritage Site at Stonehenge for the Summer Solstice.

Bike Bath 2014 is a unique opportunity for anyone to train for and complete a cycle ride in and around the beautiful city of Bath.

Run by the popular twice monthly Marlborough Communities Market, the Food Festival will feature the best producers in the West and shall be holding workshops, activities and talks.

The White Horse Challenge is a 55 mile walk taking in the white horses of Wiltshire. You can choose to walk all of it over two days or half over one. Take part in the Relay Challenge, Family Challenge or the One Day Challenge.

Held annually each July at RAF Fairford, Gloucestershire, the Royal International Air Tattoo, the world’s largest military airshow, has gained the well-earned reputation as one of the UK’s top outdoor family events.

Bands range from famous touring stars and many of the home-grown variety to young up-and-coming groups. Free events in the streets add to the carnival atmosphere that pervades the town over the weekend.

An outdoor festival celebrating the world’s many forms of music, arts and dance. WOMAD stands for World of Music, Arts and Dance and that is, quite literally, what WOMAD is. WOMAD Charlton Park is one of the most unique festivals of the UK season pro

Cider Festival with The Wurzels

Have you ever seen bats appear from a gargoyles mouth? Here is your chance! Join our expert, Tony Brazier, on a watch for bats living in and around the abbey. This watch is aimed at a family audience.

A choice of three exciting routes, all starting and finishing in the historic market town of Devizes.If you’re up for it, there’s the heroic 100 mile route touching nearly every corner of Wiltshire, or opt for the gentler 50 mile route.

This event is popular with both families and rail enthusiasts! The Festival is an annual celebration of steam railways and there’s always plenty to see and do, whatever your age.

The Wiltshire Game and Country Fair

The Wiltshire Game and Country Fair graces the magnificent grounds of the Bowood Estate.

Set in the heart of the Cotswolds Gatcombe regularly hosts international riders from all over the world for a great eventing competition.

The Gardener’s Secrets at Stourhead

A special chance to go behind the scenes with the team who work to keep Stourhead beautiful. Learn about our tree surgery techniques, composting systems and see the array of garden and estate machinery and hand tools.

Celebrate the changing of the season and the falling of leaves and fruit at our’apeeling’ event for all ages.Enjoy music, dancing, refreshments, hog roast, craft activities, apple tastings, orchard tours and more at our ever popular annual event.

Give the family a truly unforgettable day out this Christmas.

A unique shopping experience in the heart of Baths city centre.

Christmas at Claverton at the American Museum in Britain is a wonderful event to start the festive season, and get the family into the spirit of things

What our guests say...

A little piece of heaven...

Thank you so much for sharing this little piece of heaven with us. Mr and Mrs Van De Beek, The Netherlands

We had a wonderful time at the cottage on Great Ashley Farm. We booked on late notice but still got a prompt, professional and very informative response from Helen who was able to accomodate us.

Mini Break in Wiltshire' Everything was perfect...the accommodation, the farmhouse breakfast and the welcome from Helen and her family. We visited some fabulous local attractions and enjoyed some delicious meals in local pubs. Helen was the perfect hostess...she was interested in hearing about our day and gave suggestions for further days out. Wiltshire is a beautiful, well kept county with some lovely places to visit..Great Ashley Farm being one of them.

A fantastic facebook first, very cosy and welcoming, a great base for Bath and locality, very comfy bed Thanks

We stayed 2 nights at Great Ashley Farm. The Breakfast food, room, peaceful and isolated location were fabulous. The room was very clean, nicely decorated and large with all the trimmings...

We regularly post about what’s happening on the farm, events in the local area and places to visit. Join us on Facebook and Instagram for fresh ideas to try during your stay...